Fall in Love with Bethesda, Maryland

The Greater Bethesda-Chevy Chase area is comprised of the communities of Bethesda, North Bethesda, Chevy Chase, and Friendship Heights.  Covering the region from the District of Columbia border and reaching northwest beyond the Capital Beltway, Bethesda is home to the National Institute of Health, the Walter Reed National Military Medical Center, and features wonderful neighborhood communities, fine dining and attractions, and close proximity to the bustling capital.

Why Do Residents Choose Bethesda?

Since Bethesda is only a few miles away from the heart of D.C., you'll never run out of new things to check out. Interested in wandering around some museums for the day? Bethesda is home to dozens of art, history, and kid's museums.

If you're looking to get involved with community events, Bethesda hosts several different festivals throughout the year, such as the Literary Festival and the Taste of Bethesda.

Make sure to check out Visit Bethesda for even more things to do!

Thousands gather every year on Thanksgiving for the annual Turkey Chase to support local YMCA and Rotary Club’s charity drives. The Chase features a USATF-certified 10K race, a shorter 2 mile family fun run, and a 50 meter Tot-Trot for children 8 years and under, with prizes for all the little ones.

The Strathmore Center for the Arts, a picturesque 11-acre site in North Bethesda, provides the venue for many nationally renowned attractions, and is the second home of the Baltimore Symphony Orchestra.

Whether you’re a golf fan or fanatic, Bethesda is a short drive to many public and city courses, while claiming two award-winning private courses, the Bethesda Country Club and the Congressional Country Club, which has been named one of the top 100 golf courses in the country.

Bethesda belongs to the Montgomery County school system, the largest school district in Maryland. Though there are 206 schools in the system, the county still boasts a 90% graduation rate. Known for their use of technology in the classroom, and quality of education, this is widely considered one of the most desirable districts in the DMV metro area.

Since Bethesda is so close in proximity to D.C., there are a plethora of options for colleges and universities in the area, such as Devry University, Georgetown University, and Marymount University.

The Bethesda restaurant community offers discriminating cuisine to satisfy every palate, with downtown’s restaurant row boasting everything from bistros and coffee houses to five-star fine dining. Whether you have a taste for something quick and fresh off the grill or a multi-course meal from one of our many regional culinary establishments, we have a seat waiting for you.

Bethesda is one of the premiere dining destinations in the entire DC area, so some of our finer restaurants may require reservations. Call ahead. You may even discover complimentary valet parking!

As of the 2010 census, unincorporated Bethesda had a population of 60,858 people, with a total of 971,777 calling greater Montgomery County home. The median price of homes in Bethesda in December of 2011 was $691,400, while home prices average between one and two million dollars.

Schools, Health, Transportation – The Main campus of the National Institutes of Health and the Walter Reed National Military Medical Center are located in Bethesda, as are a number of corporate and government headquarters and top notch health service facilities. As such, and as one of the major communities supporting the DC area, Bethesda assigns high priority to parking and transportation related issues. For more information on transportation and parking, including subway, rail, and bus services please visit the transportation page for the Greater Bethesda – Chevy Chase Chamber of Commerce.

The Bethesda Circulator is a free trolley service supporting many locations around Bethesda including downtown.

The Suburban Hospital of Johns Hopkins Medicine is a not-for-profit community based hospital located in Bethesda that has been serving Montgomery County, Maryland for over 65 years.

24 hour notice and proof of funds required before showing. Welcome to a one-of-a-kind luxurious, custom estate. With 8 beds, 11 full and 3 half baths, the property is con...

It is not every day that opportunities like this present themselves. We forever hear that location is the most essential aspect of any home because it is the one thing th...

It is not every day that opportunities like this present themselves. We forever hear that location is the most essential aspect of any home because it is the one thing th...

Understated elegance abounds in this Thomson & Cooke architectural masterpiece, expertly executed by Magruder as the builder's personal residence and finished with the b...

Rare Opportunity! One of the Most Exquisite Homes in The Market. This Luxurious Property Features Profound Levels of Seclusion & Privacy, While Maintaining Top Tier Locat...

Welcome to this exquisite gated compound located moments outside of Washington in Bethesda, Maryland. Deceptively ample in scale, and tucked away on a private cul-de-sac ...

FABULOUS CUSTOM HOME REBUILT AND EXPANDED IN 1993 AND AGAIN IN THE EARLY 2000s INCLUDING A MAIN LEVEL GUEST APARTMENT/IN-LAW SUITE FOR EXTENDED FAMILY OR PRIVATE OFFICES.... 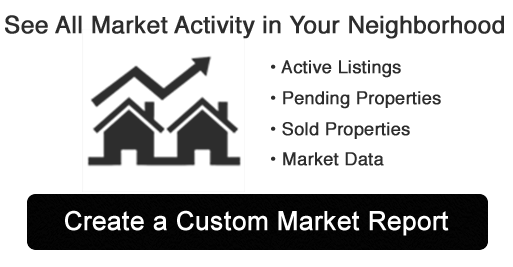