What the C&O Canal Has to Offer 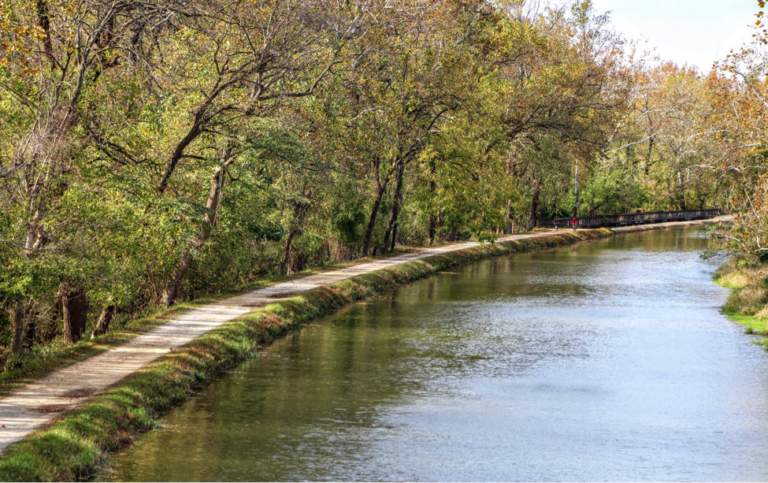 Despite its name, the Chesapeake and Ohio Canal doesn’t actually end in Ohio!There was a planned section that would lead to the Ohio River at Pittsburgh, but unfortunately it was never built.

In fact, the C&O Canal, as locals refer to it, begins from Georgetown in Washington D.C. and runs to Cumberland, Maryland. So really, it has nothing to do with the Chesapeake or Ohio.

However, despite the misleading name, what was once an important shipping route for coal is now one of the most popular, but best hidden gems of the D.C. area.

For one, its scenic pathway is very beautiful. During the summer months, trees form a lush green canopy over the canal, creating a tranquil setting where you feel one with nature, away from the hustle and bustle. In the fall, there is a breathtaking sea of red, yellow, and orange leaves, which are reflected in the water.

Another benefit of the C&O Canal is the recreational opportunities that it allows. One of the most appealing features of Potomac, Maryland, for example, is its isolated feel despite being very close to the city, and the canal plays a major role in creating this feeling. Potomac residents are able to stroll or bike along the trails that run parallel to the water, or may choose to have a picnic in a secluded nook off the main path. They can even stay overnight in one of the restored, historic lockhouses situated at given intervals along the water. Some are even fully equipped with bathrooms and kitchens!

Finally, it may not be readily apparent, but the C&O Canal provides excellent accessibility to the city. It is a mere 40-minute bike ride along the towpath from suburban Mclean, Virginia into bustling, historic Georgetown. So instead of driving into D.C. on a weekend and paying $14 for parking, biking might just be a worthy, environmentally friendly and healthy alternative.

Part of the reason why the C&O Canal is so peaceful may be the fact that it isn’t very well known. This tranquility is what makes it such a hidden gem in otherwise congested, busy Washington D.C.

So take a moment to explore this somewhat secret treasure the next time you have some free time.  The canal can easily be accessed from points in D.C., Bethesda, Potomac and North Potomac.